A LEADING MANUFACTURER OF PROJECTION SCREEN
IN THE WORLD
About Grandview 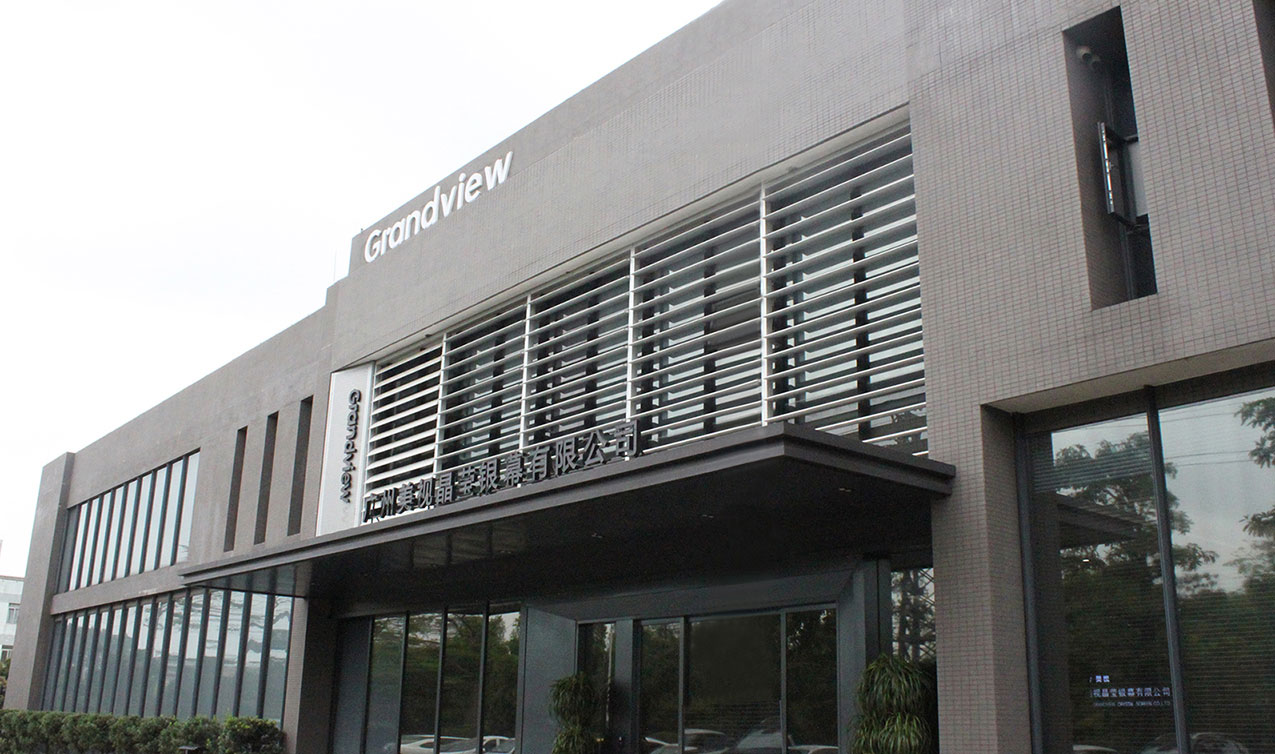 Grandview Notebook
1998
1999
Grandview was a trading company that sells projection equipment in Canada. After accumulating many years of industry experience, coupled with the love of the projection screen, we began our journey in projection screen manufacturing industry and registered as Guangzhou Grandview Crystal Screen Co., Ltd.
In 1999, the factory was established in Guangzhou to produce screens, and the Grandview trademark was registered in China. At the beginning of its establishment, the factory covers an area of 2,400 square meters, with 50 employees and only 4 products lines.
2000
2003
Absorbing the experience of imported screen production, working with the international tubular motor giant, using the French SOMFY motor to produce electric screen, and implementing strict quality control. Focus on establishing domestic sales channels, breaking the monopoly of high-end fields of screen products by a few foreign screen merchants.
Debuted at the Shanghai INFOCOMM International Exhibition, the products attracted many domestic and foreign customers. Products began to be exported to Japan, Thailand, Singapore, France, Hong Kong, Taiwan and other countries and regions. Passed ISO9001: 2000 international standardization quality management system certification.
2004
2005
With the expansion of market share, the production demand has increased, the new factory has increased to 10,000 square meters, the number of employees has increased to 300, the annual output has climbed to a new height, and the production capacity has entered a new era, and five patents have been obtained.
First time exhibiting at the INFOCOMM Las Vegas, our new products were favored by many foreign customers. Started to independently develop personalized products, Cyber series, portable pull-up series, HD home theater screens were developed one after another, and obtained 13 technical patents, among which the manual screen safety deceleration positioning lock mechanism were patented in China, Germany, Japan and Japan.
2006
2007
One of the first to pass the EU RoHS environmental protection directive in the industry, actively participated in industry exhibitions, strengthened brand building, and won the “Famous Trademark of Guangzhou award. Increased research and development efforts- developed two of the world's first products – tripod screens with “Pressure Suspension” mechanism and portable motorized floor up screens.
Grandview was selected as the “Famous Trademark of Guangdong Province”, and one of the first companies to receive “Import and Export Intellectual Property Advantage Enterprises” in Guangzhou. Grandview was selected as the central direct agency and the provincial and municipal government procurement agreement; all newly built five-star hotels such as Shangri-La hotels in China adopted Grandview products. Grandview has obtained 25 patented technologies, launched 10 new product lines, and introduced automatic painting lines while complying with exhaust gas, wastewater discharge and other environmental standards.
2009
2010
Marks the tenth anniversary of Grandview. Products covering more than 80 countries and regions around the world, product application range spans to education, IT, film, business, home and other fields. Grandview’s products were applied to the Ministry of Commerce's foreign aid projects and National Games, World Expo, the country Key projects of the conference center. It has obtained 37 domestic and foreign patents and has become national standard for projection screens.
Established a new factory specializing in the production of film screens; Grandview HS series high-gain movie screens were introduced, and the company introduced a perforated equipment for producing acoustically transparent screens with a diameter of 0.5mm, up to 3 meters in width. The screen printing machine with a width of 3 meters was introduced. Production of optical screens; research and development of peripheral equipment, and production of projector mounts and flat-panel TV hangers, mobile racks.
2015
2017
An elegant and well-designed international projection screen production base stands at No. 43 South of Guomao Avenue, Hualong Town, Panyu District, Guangzhou. After several years of hard work, the new plant of Grandview has been put into use, and its production capacity has tripled. In the future, the new image of “Excellent Interpretation and Beauty of Images” will be displayed to the world with a brand-new attitude.
Exhibiting at INFOCOMM Orlando 2017 and the 2017 Netherlands ISE International Audio-Visual System Integration Exhibition once again proved the strength of Grandview.
2018
After 18 years of cold and heat, screens at first belongs to AV industry, assimilates into IT, integrates into INTEGRATION and then moves to COLLABORATION. The projection equipment audience is increasingly young and fashionable. We followed the pace of the society, and the logo changed with the trend. In 2018, Grandview takes on a new attitude and sets sail again.
COMPANY HONOR